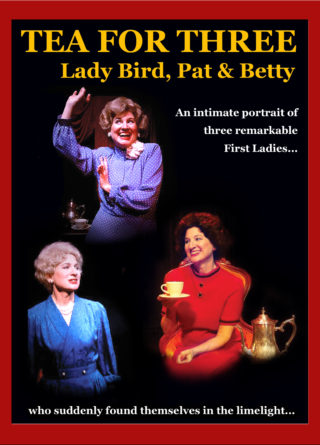 FOR EARLY SEASON TICKET HOLDERS ONLY

An Additional Presentation Celebrating the Return of Town Hall!

A witty, charming recreation of the reminiscences of three memorable First Ladies, Tea for Three chronicles the legacies of Lady Bird Johnson, Pat Nixon and Betty Ford as they prepare to leave the White House. These unique women were thrust into the limelight at a time when wives were only expected to nod, smile and support their husbands, particularly those married to the President of the United States. Yet these First Ladies were so much more to our nation. The individual recollections of this trio of women dramatically reveal how the position was, to each, in the words of Pat Nixon, “the hardest unpaid job in America.” The extraordinary role these unassuming women played in the presidencies of their respective husbands during times of social unrest and dramatic change is revealed through their private thoughts, brought to life by actress Elaine Bromka.

THIS BONUS PRESENTATION IS TOWN HALL’S GIFT TO OUR LOYAL SPONSORS AND SEASON TICKET HOLDERS.

Ticket holders who complete their purchase by September 22, 2021, will be contacted via email to register for the virtual show. On October 13, 2021, the day of the performance, registrants will receive a non-shareable link to the Vimeo play and directions for taking part in the Q&A webinar with Elaine Bromka.

Kick off the return of Town Hall by joining this hilarious, thoughtful and poignant play as a bonus opportunity this fall. 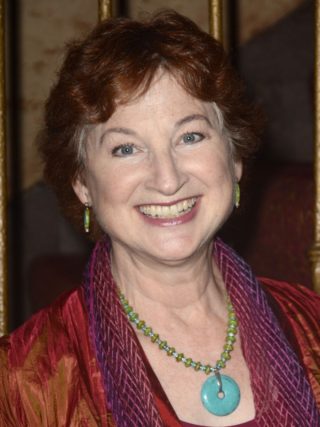 A starring role opposite Rich Little in The Presidents for PBS, where she portrayed eight first ladies, led to acclaimed American actress Elaine Bromka co-writing TEA FOR THREE: Lady Bird, Pat & Betty with Eric H. Weinberger. Since its successful off-Broadway run, she has continued to tour with it nationwide.

A professional actress for over thirty years, her film work includes Uncle Buck (playing Cindy, the mom), In the Family and Without a Trace. Television work includes Girls, The Sopranos, Sex and the City, ER, Providence, Dharma & Greg, Sisters, Law & Order, Law & Order: Special Victims Unit, Law & Order: Criminal Intent, Stella Lombard on Days of Our Lives, the Emmy® award-winning Playing for Time with Vanessa Redgrave and Catch a Rainbow, for which Bromka herself won an Emmy. She has appeared on Broadway (The Rose Tattoo, I’m Not Rappaport, Macbeth) and off-Broadway (Roundabout Theatre’s Inadmissible Evidence with Nicol Williamson, the world premiere of Michael Weller’s Split at Ensemble Studio Theatre and Candide with the National Theatre of the Deaf).

Leading roles at regional theatres across the country range from Much Ado About Nothing‘s Beatrice to Shirley Valentine, for which she was cited for outstanding solo performance in New Jersey in 1997 by The Star-Ledger. A member of the Actors Studio, a Phi Beta Kappa graduate of Smith College and a faculty member at Smith and NYU, she has also taught one-day acting workshops at more than 100 colleges and prep schools. Bromka won a New England Emmy® Award for her work in the television special Catch a Rainbow.