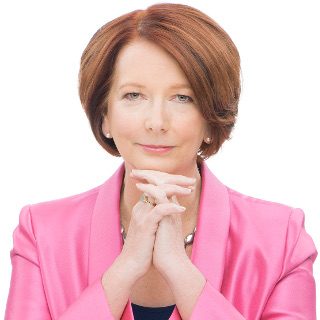 The first female Prime Minister of Australia, Julia Gillard, began her political career as a university student leader.  At 37, she was elected to Parliament as a member of the Labor Party. In 2007 she became the first Deputy Prime Minister and in 2010, despite being in the minority, she was elected Prime Minister.  She recounts her tenure and the challenges of being a female leader in her autobiography, My Story.

As leader of government she managed the 12th biggest economy in the world through the recent global financial crisis.  She is credited with a number of successes during her administration: in the health sector – reform in medical training, delivery of care, and insurance; in taxation – cuts for middle and low income citizens; in environment -a carbon tax exchange scheme; in technology – a national broadband network.

Ms. Gillard developed Australia’s guiding policy paper, “Australia in the Asian Century.”    She will extend her knowledge of this 21st century challenge discussing the lessons essential to national success as we navigate the strategic, economic and leadership challenges a rising Asia presents.